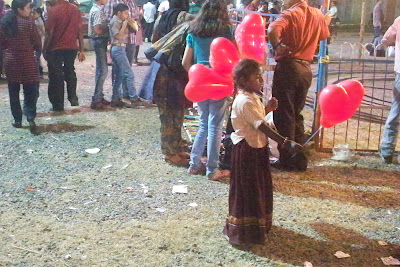 Here is a little girl earning her livelihood. She has no time to play or get an education.Her life has become miserable and monotonous at this young age. It is said democracy is OF THE PEOPLE,BY THE PEOPLE AND FOR THE PEOPLE. I find it difficult to agree to the third point because democracy is definitely not for the poor people.The the gap between the rich and poor is increasing year after year in democracies. No one is bothered. 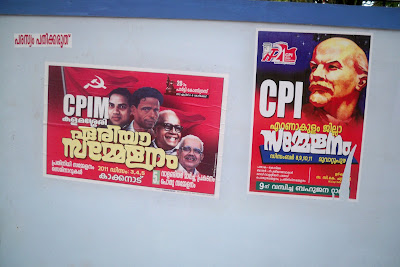 Here is a political party vandalizing a freshly painted wall although there is a notice in malayalam language clearly prohibiting the sticking of posters. In democracy the political parties are unrestrained. They can get away with anything including murder. 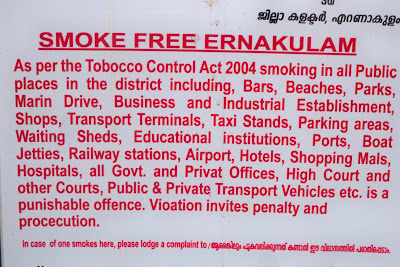 There are similar warnings all over Kochi. Yet people smoke in public.The authorities are satisfied with put up notices without enforcing the law.Irresponsible people can be found smoking in public places without any worry 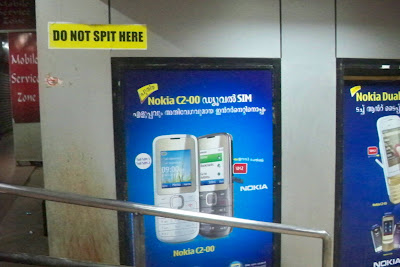 You can see there on the wall it is clearly written DO NOT SPIT HERE. Yet people who chew beetle nut,tobacco and other things spit on the wall. You can the see the red marks on the left side bottom of the wall. It is clear that democracy gives unlimited freedom without any responsibility. No one punishes these people who spit on the wall. (Will be continued)
Posted by Joseph Pulikotil at 9:38 AM