RECENTLY I WAS IN GOA FOR A HOLIDAY AND I VISITED THE BASILICA OF BOM JESUS.

The Basilica of Bom Jesus or Borea Jezuchi Bajilika (Portuguese: Basílica do Bom Jesus) located in Goa, India, and is a UNESCO World Heritage Site. The basilica holds the mortal remains of St. Francis Xavier. The church is located in Old Goa, which was the capital of Goa in the early days of Portuguese rule. 'Bom Jesus' (literally, 'Good (or Holy) Jesus') is the name used for the Ecce Homo in the countries of Portuguese colonization. The Jesuit church is India’s first minor basilica, and is considered to be one of the best examples of baroque architecture in India.

Construction work on the church began in 1594 and the church was consecrated in May 1605 by the archbishop, Dom Fr. Aleixo de Menezes. This world heritage monument has emerged as a landmark in the history of Christianity. It contains the body of St. Francis Xavier, a very close friend of St. Ignatius Loyola with whom he founded the Society of Jesus, the (Jesuits). Francis Xavier died on Sancian Island while en route to continental China on (December 2, 1552). The body of Francis Xavier was first taken to Portuguese Malacca and two years later shipped back to Goa. It is said that the saint's body was as fresh as the day it was buried. The remains of the saint attract a huge number of devotees (Christian and non-Christian alike) from all over the world. The saint is said to have miraculous powers of healing.

The Basilica of Bom Jesus is more than 400 years old and is open to the public everyday. The body of St. Francis Xavier is kept in a well-decorated silver casket and displayed every ten years during the anniversary of the saint's death. His liturgical feast is the third of December. The exposition will take take place this year on third December.

IN THE HEADER PHOTO I AM STANDING IN FRONT OF THE BASILICA OF BOM JESUS WITH AN UMBRELLA IN MY HAND. IT WAS RAINY DAY .

THE PHOTO BELOW SHOWS THE DECORATED SILVER CASKET IN WHICH THE UNCORRUPTED BODY OF ST.FRANCIS XAVIER IS KEPT ON A HIGH PEDESTAL. 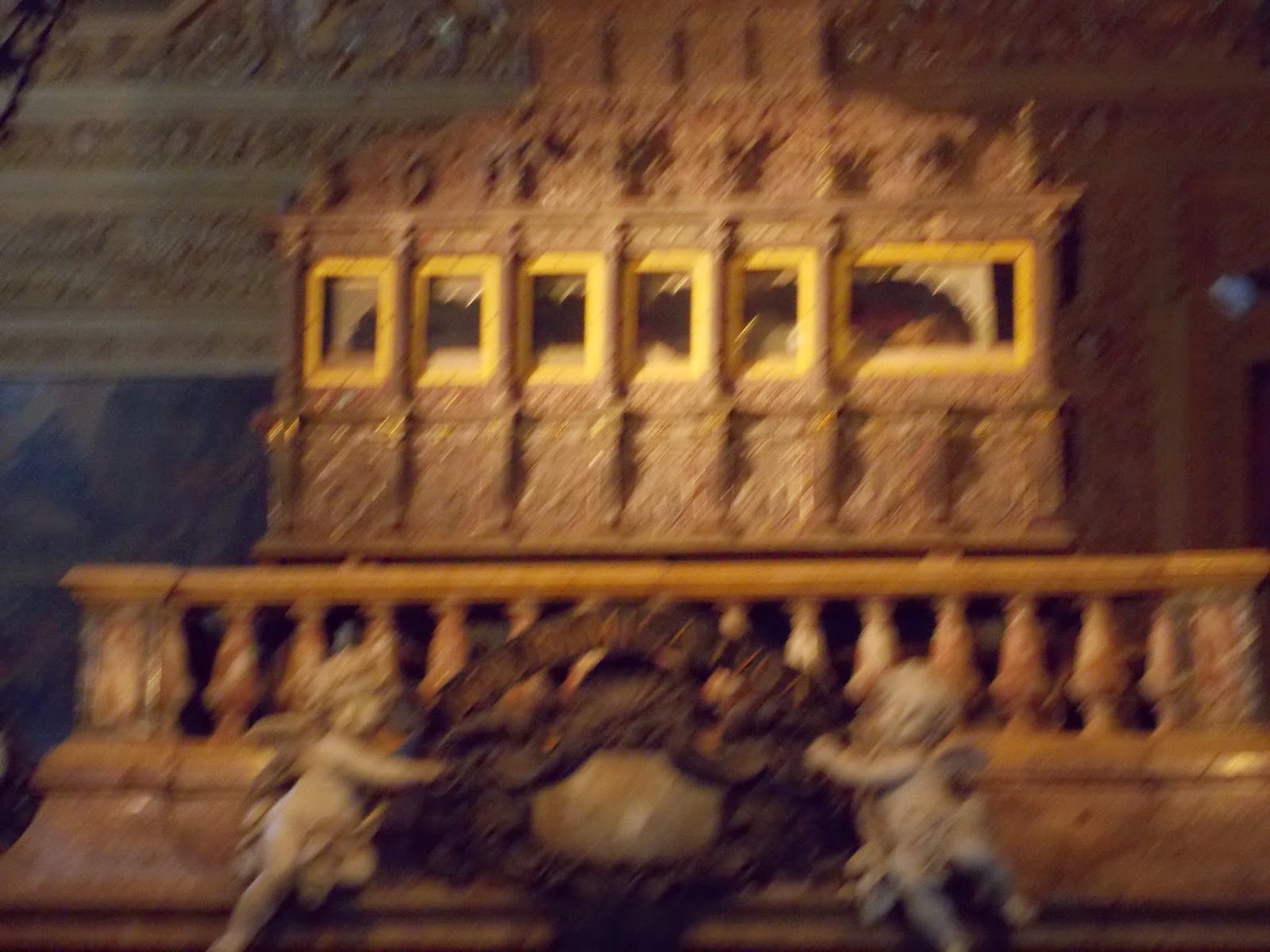 THE WOODEN STATUE OF  CRUCIFIED JESUS INSIDE THE CHURCH 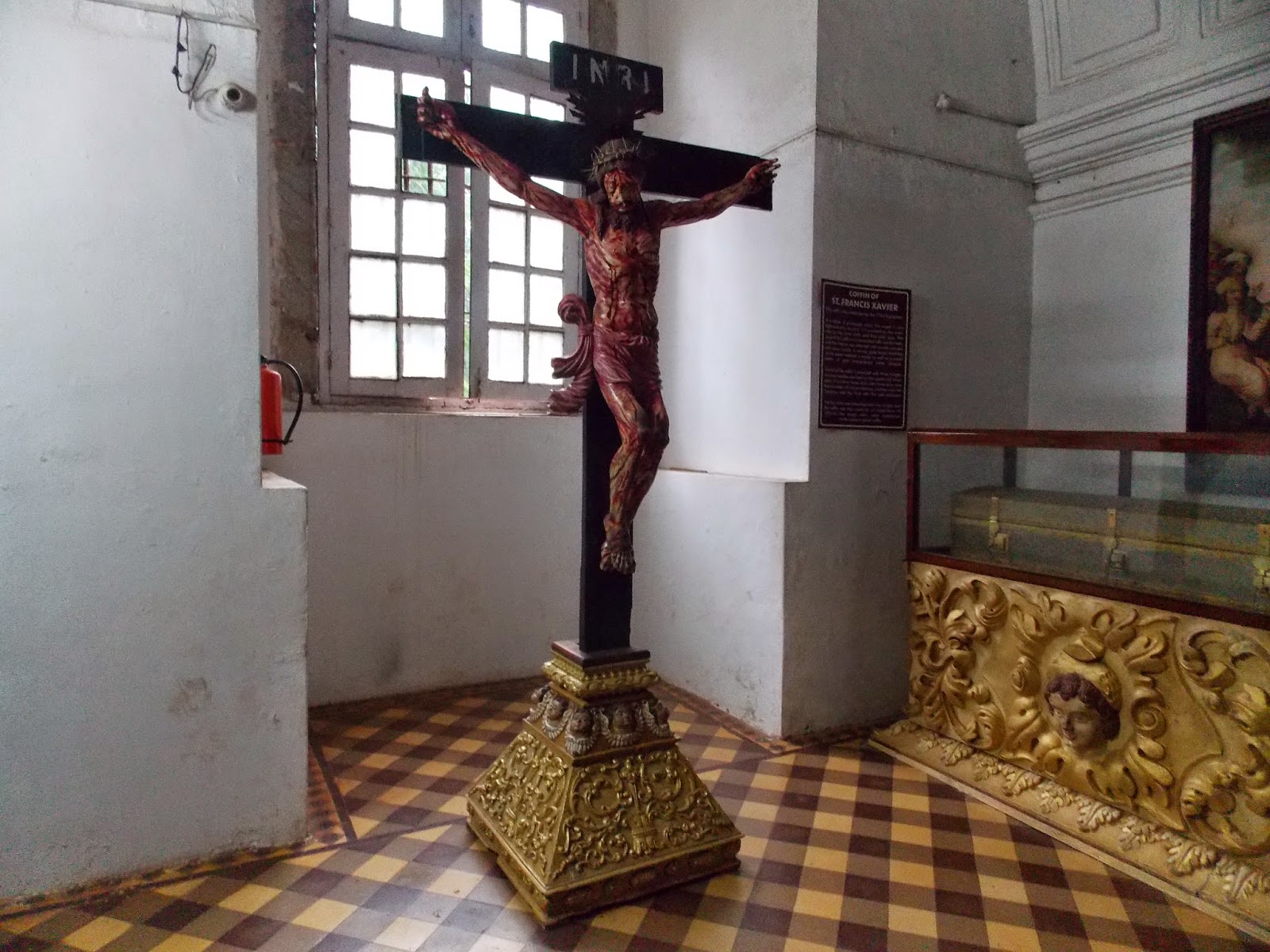 A VIEW FROM THE VERANDA OF BOM JESUS BASILICA 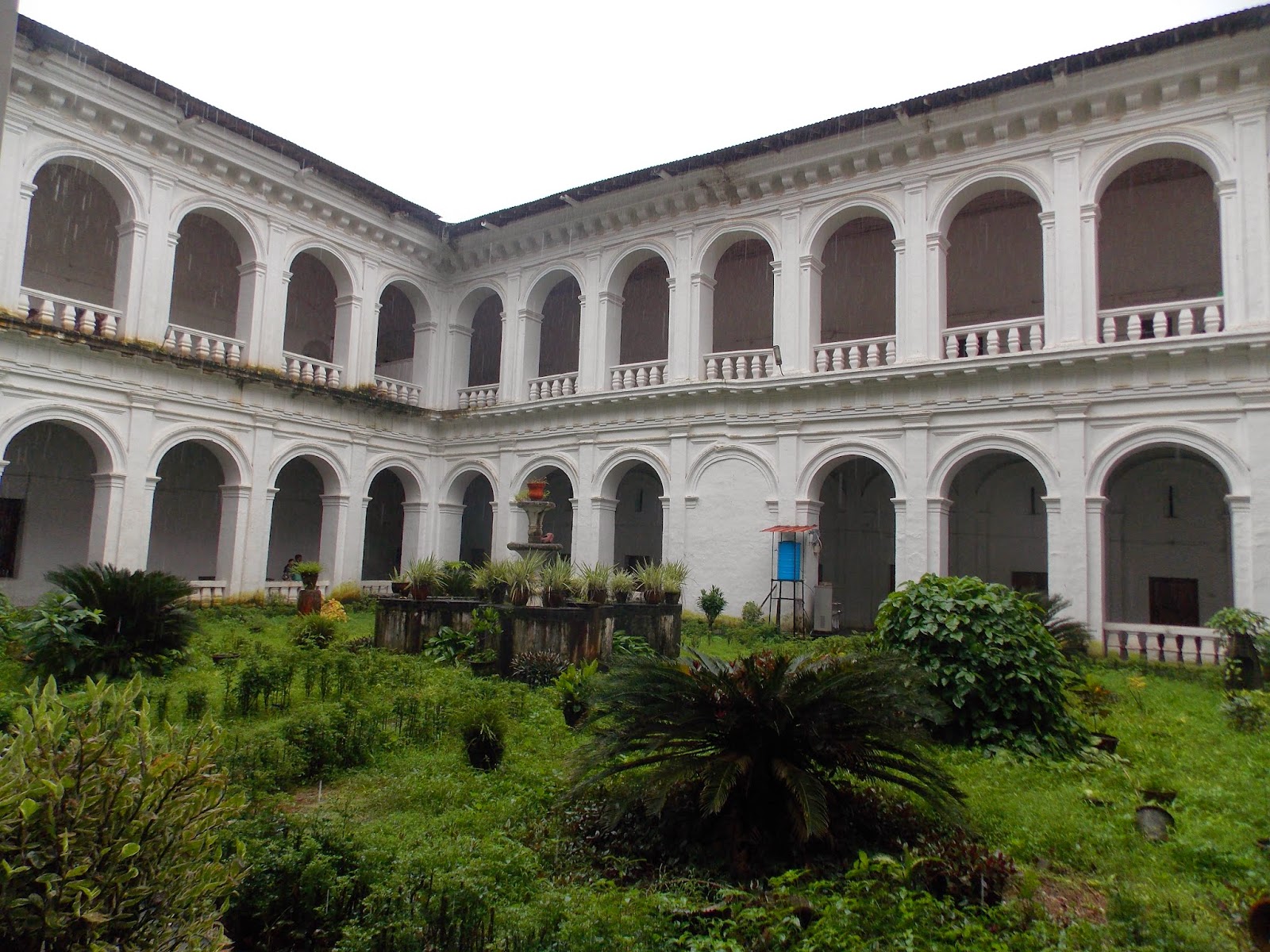 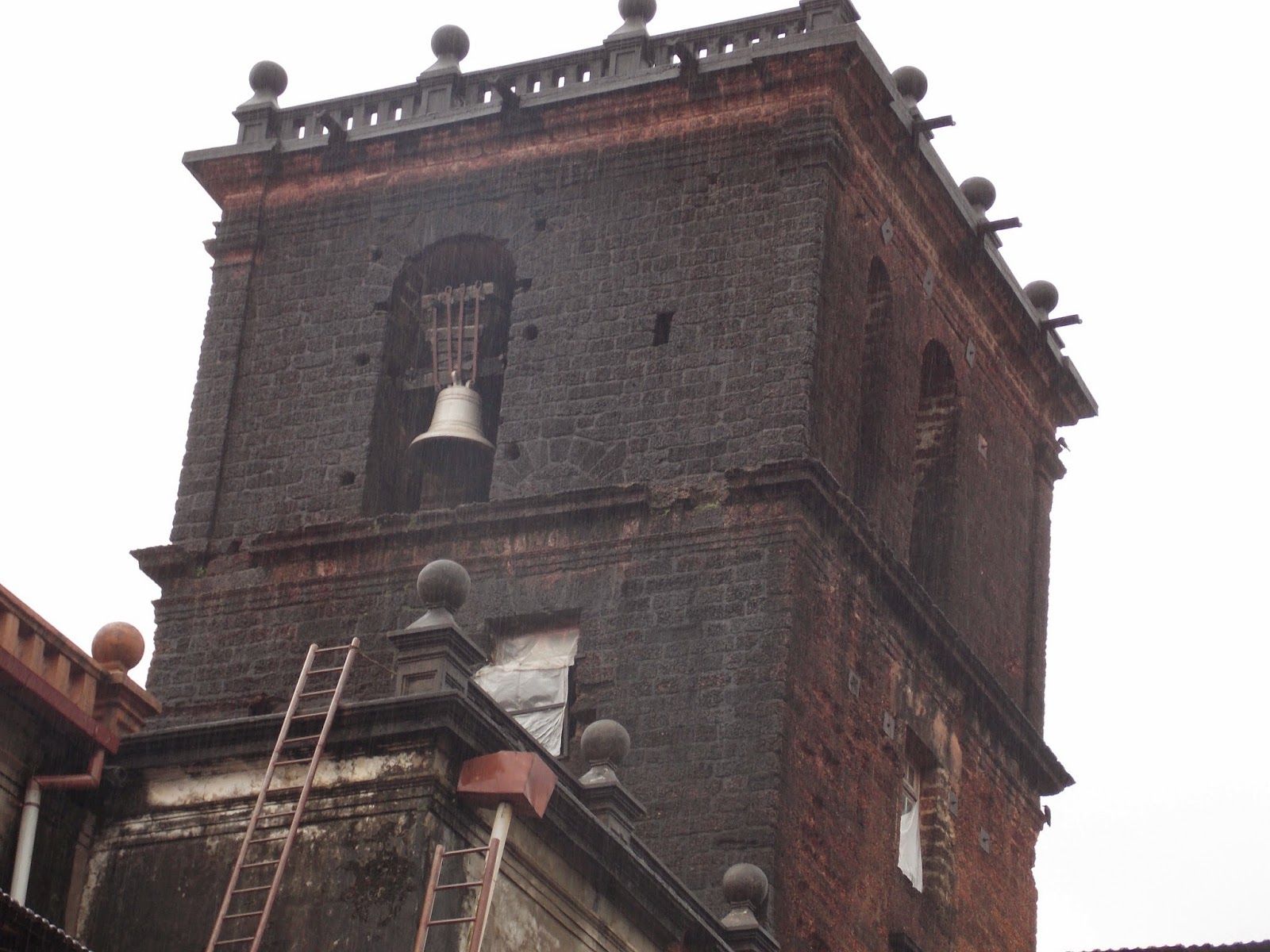 DO YOU HAVE A CHURCH OF THIS GRANDIOSE  STYLE AND HOLINESS IN YOUR PLACE. IF SO, I WOULD LIKE KNOW. BEST WISHES

Posted by Joseph Pulikotil at 7:44 AM